Imagine for a moment a society that is emerging from a large-scale violent conflict. The judicial system has ceased to function properly due to scarcity of staffing and feeble facilities and laws that are no longer in sync with post-conflict demand. However, survivors of the conflict are calling for justice – in particular, for perpetrators to be punished. What can be done?

Thomas Gnocchi, Head of the European Union Office to Hong Kong and Macau, was invited to share insights from his diplomatic missions in Serbia and Kosovo and the practical challenges of transitional justice at work. 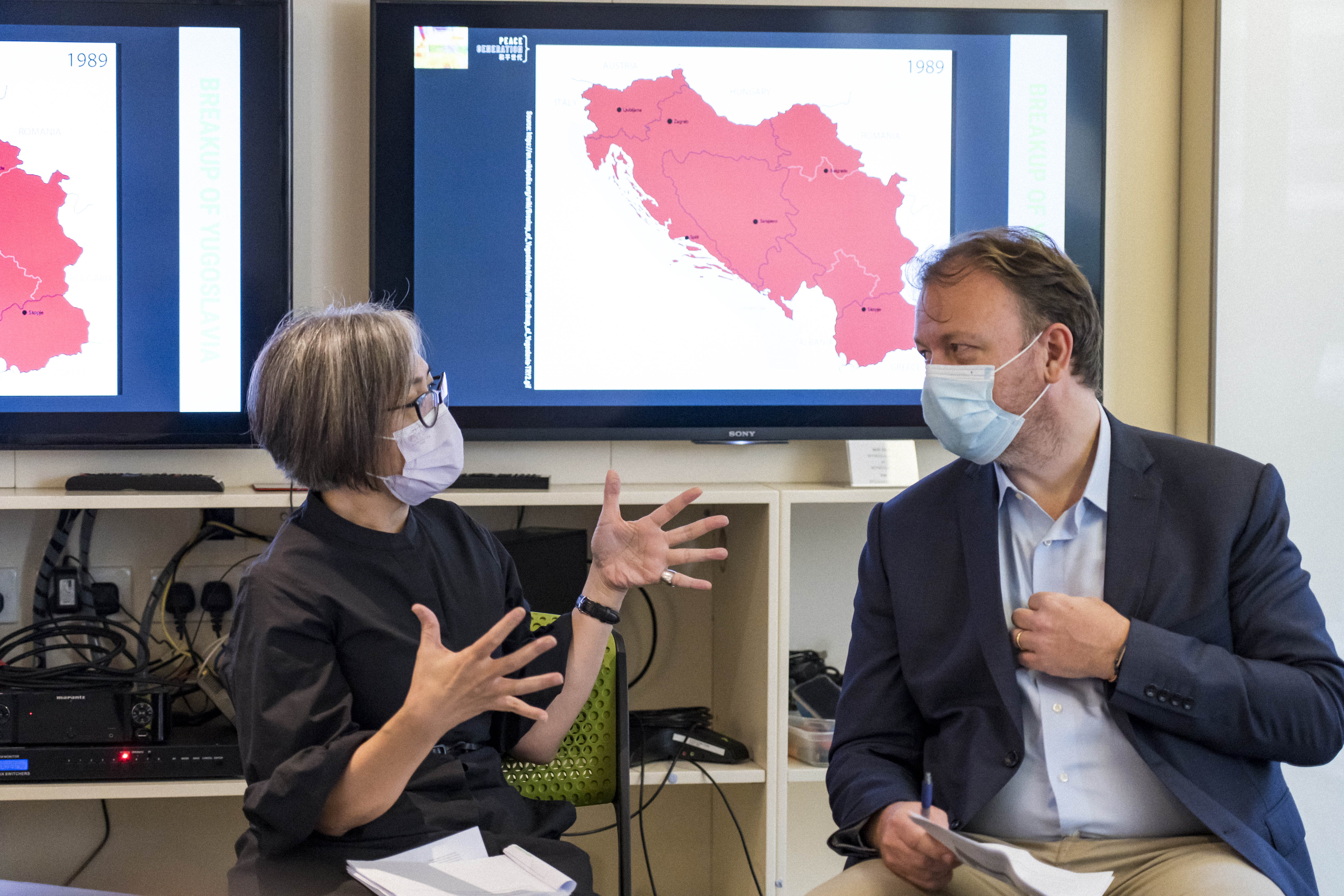 ‘The Balkans produces more history than it can consume. One needs to understand the context, including dynamics between ethnic groups and between nation states, and the regional social-political situation’, Ambassador Gnocchi began. Although the Kosovo War had been over for more than two decades, the status of Kosovo was still an immensely emotional issue for Serbs and Kosovars alike, due to the devastating and enduring fallout of the war.

‘Transitional justice is there to deal with the past so that people can focus on the future’, Peace Generation founder Teresa Ma explained. The talk and discussions that followed tracked the four key components of transitional justice: truth-seeking, punishment, reparation, and reform.

Whose Truth is it?

With the Kosovo War having ended more than 20 years ago, an estimated 1,600 people were still missing. When one asked Kosovars, they would say all 1,600 missing were Kosovars; as for the Serbs, all those missing were Serbs, Ambassador Gnocchi said. The question of which was true led to deeper questions of what truth is? Whose truth is it? Is the victor’s truth the only version of history to survive? This single issue of the missing showed the difficulty with truth-seeking – coming up with a unified version of ‘truth’ amidst new power structures, enduring contention and the war legacy of secrecy and manipulation or destruction of records. 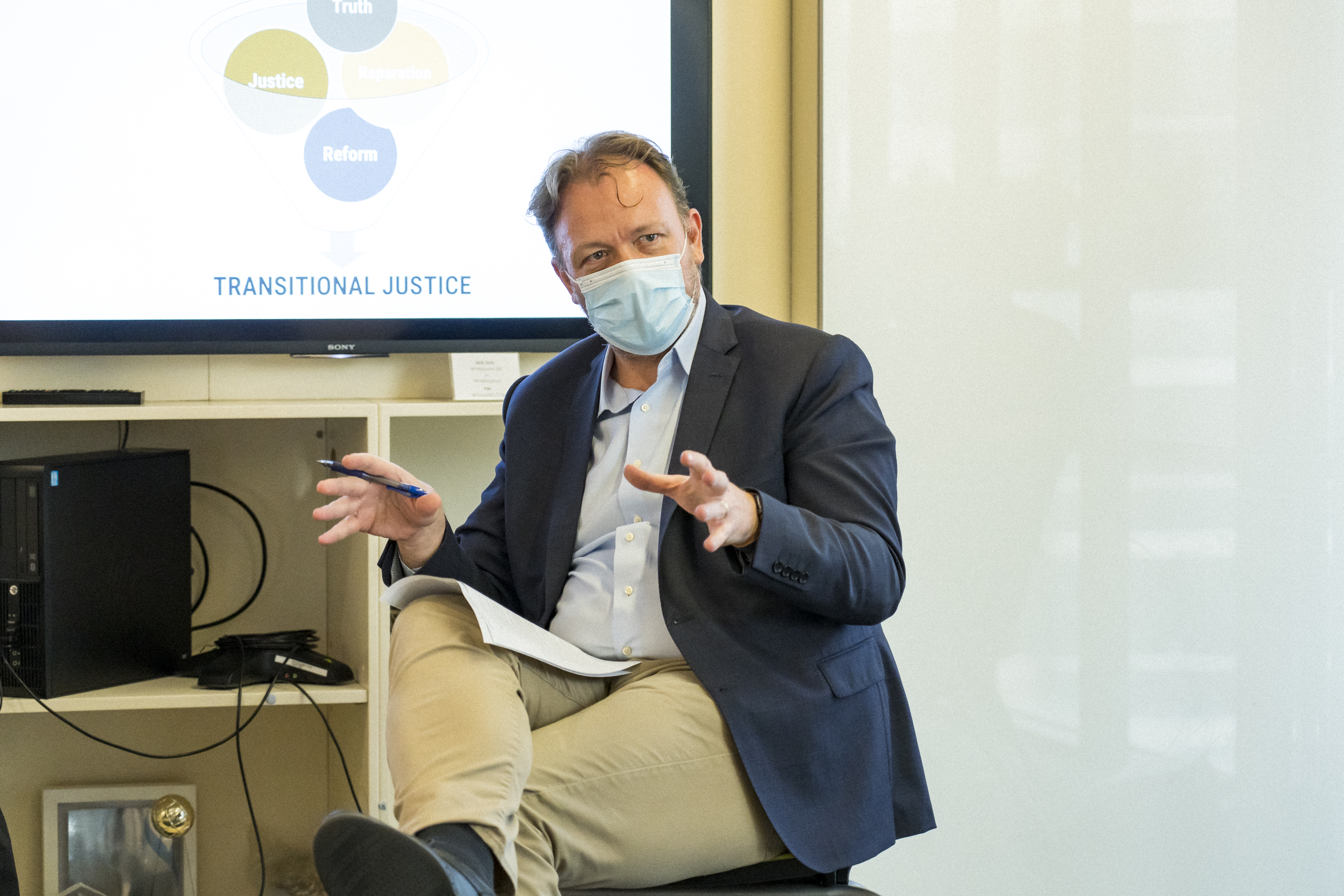 Ambassador Gnocchi also pointed out that punishment for crimes committed during conflict had its own complexities. He gave as an example sexual violence against women and men. Sexual violence cases were not usually given top priority during the post-conflict period. The prospect of locating and prosecuting the perpetrators who served in external military forces was extraordinarily slim, he said, adding that the lengthy court process could also re-traumatise the victims seeking justice.

Reparation, another component of transitional justice, could also be controversial. In the EU-facilitated dialogue between Serbia and Kosovo, Kosovo insisted that there could be no reconciliation without reparation. On the other hand, Serbia argued that it too had suffered huge losses, including the loss of companies and other assets as a result of Kosovo's breakaway. In war, where every party experiences suffering, it can be difficult to draw a clear line between perpetrator and victim.

Another set of debates related to the appropriate forms of reparation. Fellows mentioned possible material/financial compensation, apologies, remembrance and political representation. This led to discussions of the adequacy of reparation to “comfort women” in Korea and other territories invaded by the Imperial Japanese War during World War II or to indigenous people in Canada for the devastation residential schools inflicted on their people, cultures, languages and communities.

Despite the many challenges to finding justice in a post-conflict era, Ambassador Gnocchi believed that transitional justice efforts were valuable. He quoted a former President of Kosovo and the youngest female elected head of state, Atifete Jahjaga: “Truth itself is still powerful because it helps recovering populations recognise that certain atrocities had happened, and ignites important conversations on how to address them, makes amends, and allows the victims to find peace.”