Discussions about social justice can go on and on. However, the most concrete and specific manifestation of social justice can be seen in the ways in which assorted policies and institutions affect an individual and change his or her life. On day four, the Peace Fellowship extended a special invitation to a formerly incarcerated young person, who shared his experience with the Fellows.

Exercise of body and mind in prison

Rizzy Pennelli, aged 27, is a native Hongkonger born to Chinese and Italian parents. Taken into custody in connection with the Ho Chung explosives case, he spent 20 months between 2015–2017 in the Lai Chi Kok Reception Centre. After a short release on bail, he was ultimately sentenced to imprisonment. His total period of incarceration lasted three years and ten months.

Rizzy was initially shocked to learn he would be in detention for two years prior to trial. "Despite the presumption of innocence, conditions at the Lai Chi Kok Reception Centre were worse than prison. There’s nothing to do, and the food was consistently awful. The most difficult part was having communication with the outside world cut off — anyone who came to visit had to queue for two hours, and then had just fifteen minutes to talk to you through a pane of glass. We also weren’t allowed to make phone calls, so it’s hard to keep up with friends. It made detainees feel very isolated.” The authorities organised religious groups to provide various activities and permitted inmates to attend religious study classes, which gave him the opportunity to get to know other people, but there were few approved social activities. 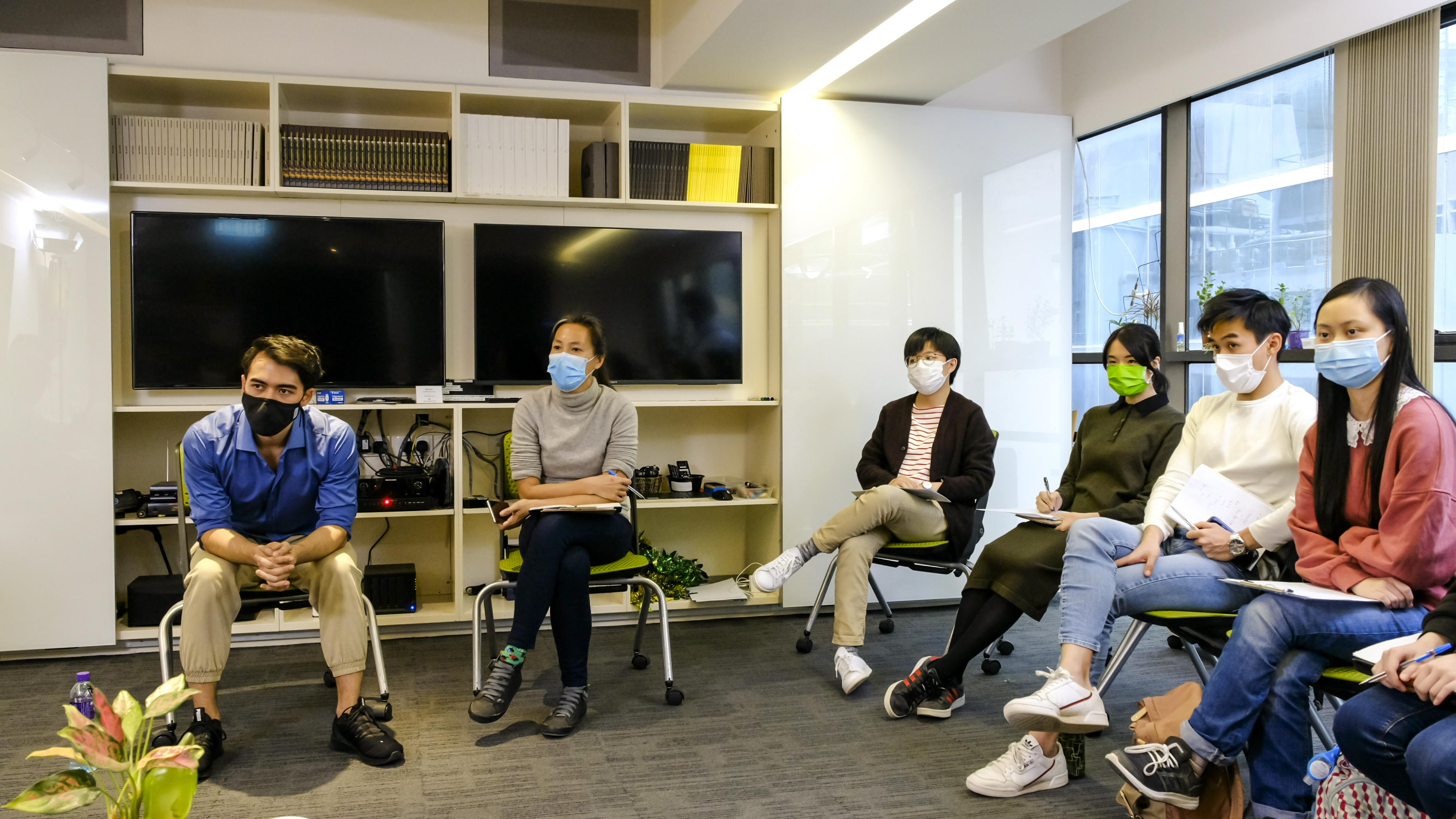 While in prison, Rizzy began working out. It was at this point he decided to become a professional personal trainer in the future. After his release, his aim became raising awareness about incarcerated persons. With support from the Hong Kong Society of Rehabilitation and Crime Prevention, he started a business offering physical fitness programmes for rehabilitated persons . Participants practise calisthenics (exercise using no equipment) in neighbourhood parks in Lai Chi Kok, Tseung Kwan O and other areas.

Looking back on three-plus years of incarceration, when every day was a repeat of the one before, Rizzy recalls the daily goals he set for himself. These goals could concern the minutiae, such as how to eat a bit better when given no choices, or reading all the newspapers and looking up twenty new words each day, or forcing himself to write to a friend every week. Finally, he settled on exercise, both to get his thin, injured body back into shape and to relieve the depression caused by the long wait.

Please see us as regular people

Rizzy took note of the room for improvement and progress in Hong Kong’s correctional system — offering incarcerated persons more proactive assistance in arranging activities, for example, and assigning dedicated social workers to check on individual needs, as in prisons in some foreign countries. "Everyone has a social worker to check up on them because, in those countries, they feel that imprisonment isn’t just about one person who has broken the law but also circumstances created by society such as single parenthood or economic pressure. Society wasn’t able to give them support, and they ended up taking that step. . . The culture in some foreign countries is to believe that an incarcerated person will rejoin society someday. Why not expend resources for helping to rehabilitate them, instead of expending them on bigger prisons and on management?"

“In prison, there are two main activity spaces. One is the cell where we sleep. The other is an activity room or workshop, something like that. But in foreign countries, some prisons are more like dormitories where prisoners can cook and move around freely - this preserves their human dignity and lets them re-establish normal lives, to help their reintegration into society in the future.”

A Fellow asks if Rizzy has become more cautious about rebuilding relationships after his release from prison. And has he lost faith in Hong Kong's judicial system? Rizzy feels his ordeal has given him a greater appreciation of human nature. As he sees it, everyone has a story. Speaking as a formerly incarcerated person, Rizzy hopes others see them as "regular people". For him, that’s enough. 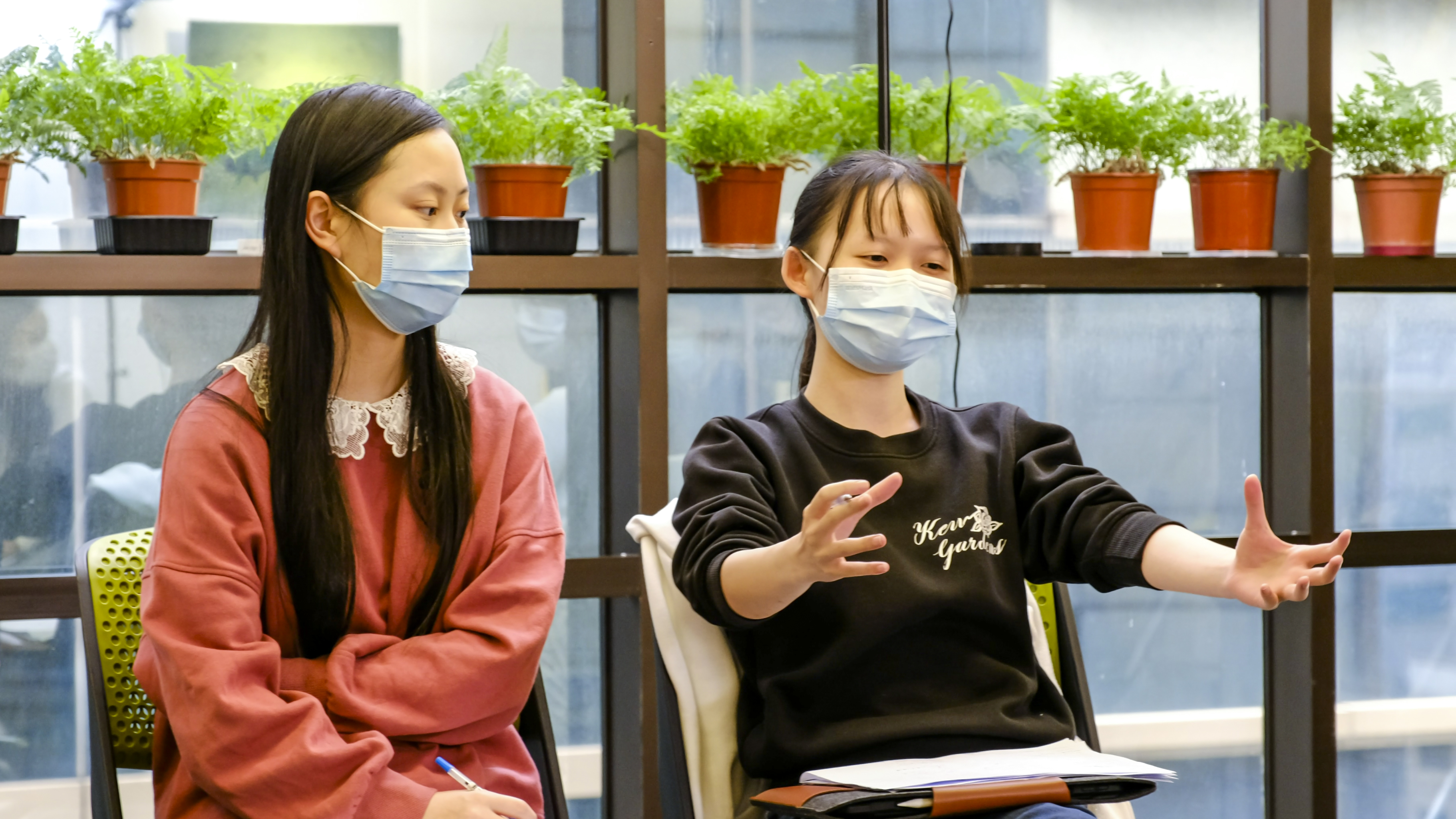 “Being in prison is like coming out of the closet, to be shared only with people you trust.”

In the aftermath of Hong Kong’s mass protests, many young people have been incarcerated, so Rizzy's experience is not unique. In the safe space created by the Peace Fellowship, Rizzy is more at ease sharing in-depth his experiences and feelings. He is also deeply moved by the concern "strangers" (the Fellows) have for both him and his friend Elizabeth, who accompanies him. She too had been incarcerated and bares her soul, sharing for the first time ever long-suppressed emotions: "Many young people sent to prison because of the social movement don’t feel they have done anything wrong, so it’s difficult for them to find psychological equilibrium — in prison, their rights are taken away, but to get them back, they have to cosy up to the correctional officers and get on their good side." The thought that she had to stand with law enforcement just to preserve her basic human rights and to toe the line to gain their trust left Elizabeth unable to eat for several days after her release. She remains physically and mentally exhausted and is not able to let go to this day. Especially at a time when law enforcement’s power is surging, "these young people really need to work on building mental strength, or there will be huge consequences."

Rizzy admits that his experiences changed him: "I started to change after being in prison for a while. I was only 21 years old when I was first detained. I was more impulsive. Later I learned to compromise and knew how to get things across to the other side." The struggle between survival and human dignity was a kind of constant torment, but now he looks back on his three-plus years of incarceration, having gone through anger and gratitude, and acknowledges the positive value of his experience: "I used to feel lost. Although I studied aeronautical engineering in university, I didn’t like it. I didn’t know which direction I should take.”. Rizzy chose to face matters head-on, despite his sense of helplessness during prison days. "At that instant when nothing can be done, all you can do is to face it with courage."

For society to treat incarcerated persons with equality and tolerance, be more transparent in discussions and discover things each other have in common would of course be closer to the ideal. But when faced with an unchosen or even absurd reality, what keeps a person free is probably preservation of self-will. Rizzy’s will during incarceration was to "safeguard his mental state even in a harsh environment." Perhaps this was the only way to grow hope.