The Peace Lab was an experiential learning experience. Fellows could, during the Peace Lab period, test in combination their intellectual learnings on various aspects of peacebuilding and new skills of conflict analysis and nonviolent communication.

They formed teams of four to identify a specific problem within a common area of interest, examine its causes and develop actionable solutions that would address the problem. Each team also had the benefit of an experienced, knowledgeable and dedicated mentor, who guided them to self-reflect, get new perspectives and set work and change goals. The mentors were Cesar Harada, Founder and Director of MakerBaty; Warren Luk, CEO of Good Lab; Marat Yu, Project Lead of Porticus Asia. 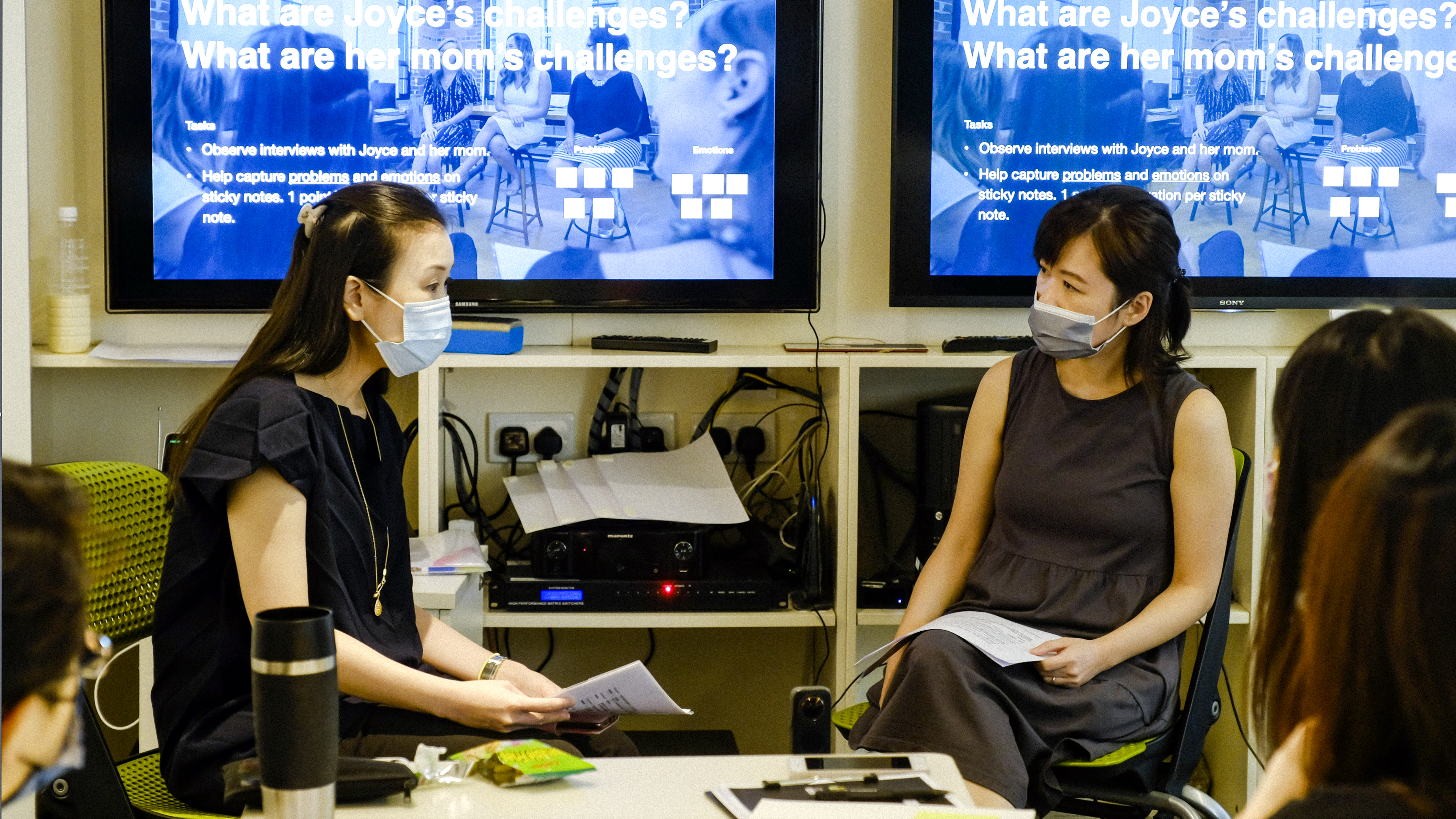 The first principle in the creative problem-solving process is empathy. Through role-play, Fellows could see how important it would be to suspend assumptions and snap judgement and how much more effective it would be to discover true needs through building trust, being inquisitive and asking questions in an empathetic manner.

Being imaginative, perhaps a little surprisingly, meant focusing on quantity not quality of ideas. The facilitator, Jane Ngai, said ‘any idea is valid’ and banned use of the word ‘but’. Fellows buzzed with excitement and creativity. In place of criticism and discordance, they found acceptance and belly laughs. One team generated 80+ solution ideas in the 15-minute exercise! 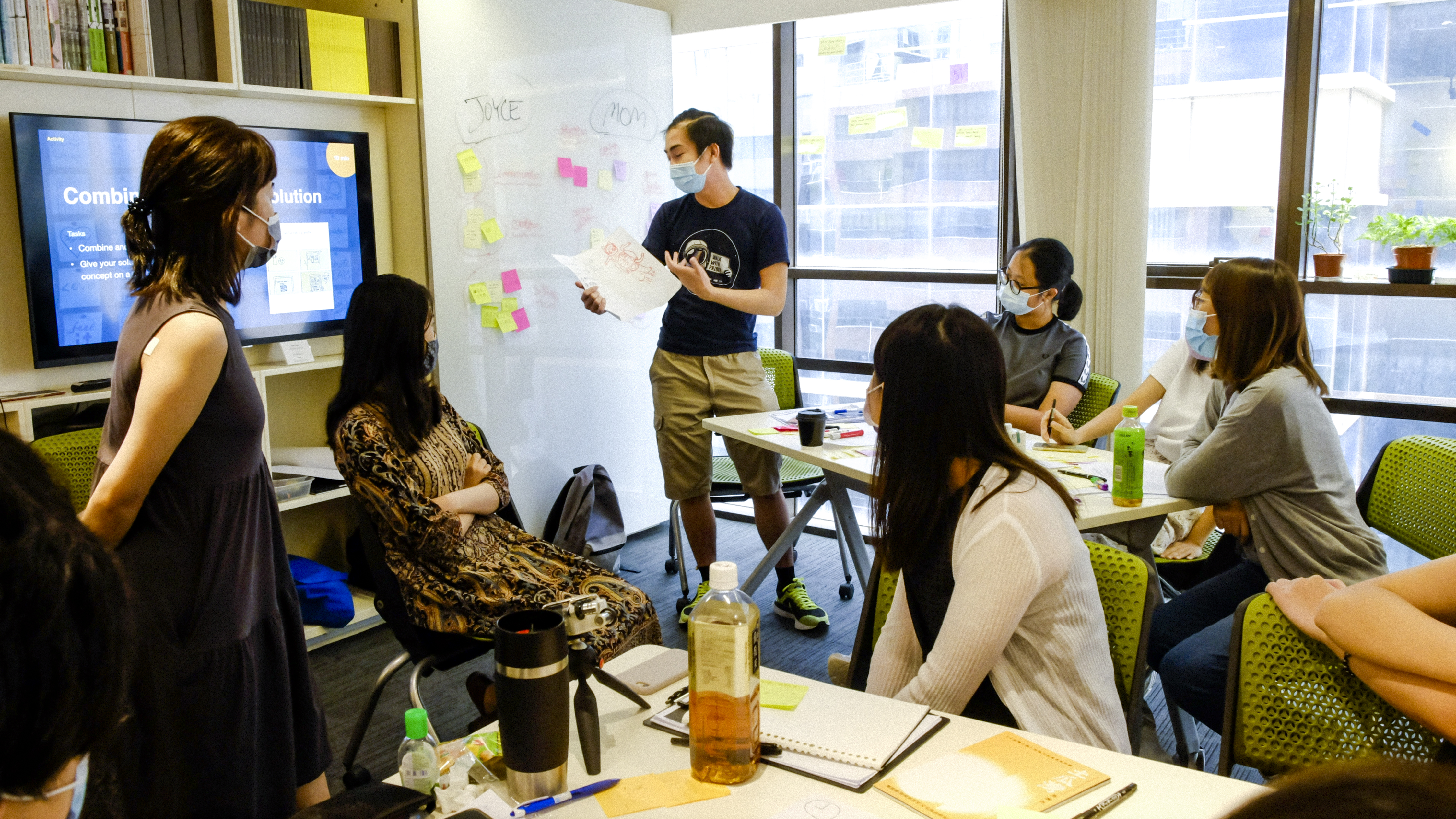 Fellows formed teams of four to identify a social issue and formulate a micro solution for it in four weeks. The issues chosen related to promoting inclusivity in secondary schools with ethnic minority students; supporting homeless people; creating a safe space for young people who need emotional support.

So, on the night of a typhoon, one team, led by indefatigable social workers, visited homeless people who had to take makeshift shelter in a tunnel. The team very quickly learned that their own concerns and hopes for the homeless did not match those of the homeless themselves but also how to establish rapport with strangers and acquired new perspectives.

Another team, through interviews with ethnic minority students and observation of the public school environment, proposed a Peer Up programme which would include workshops, other activities and buddying/accompaniment with the aim to improving understanding and connection between students from minor and more mainstream ethnic groups and creating a more inclusive and culturally sensitive school environment.

The third group, inspired by the session on dialogue and trust, presented a prototype of a safe space for youth who needed emotional support. They found, among interviewees, a desire for certainty towards the future and intimacy with others, and prioritised confidentiality, privacy, comfort and reputation in their design. The prototype was a book club that would facilitate healing and trust through storytelling. 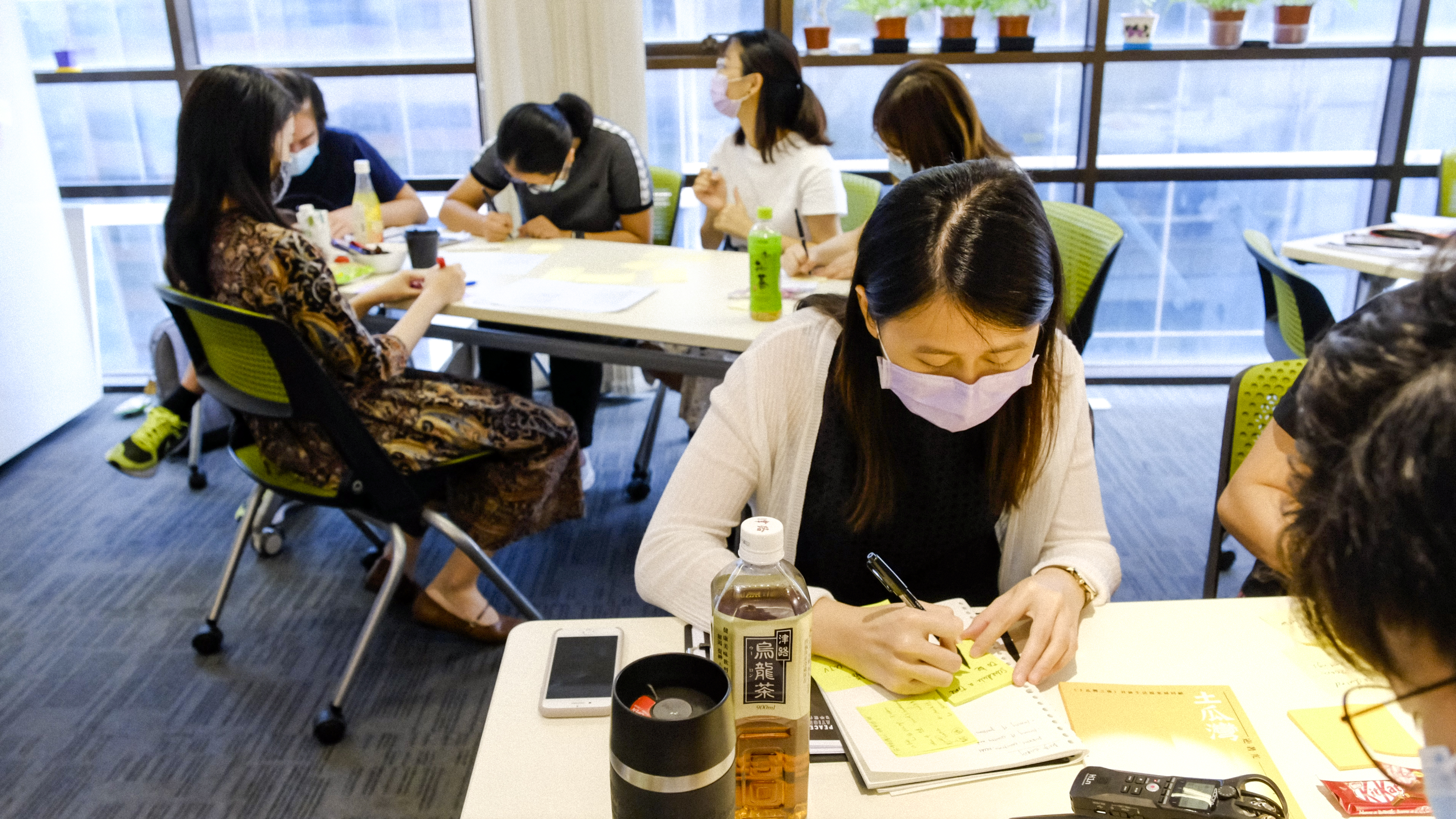 All three teams received constructive and practical feedback from the motivators, Howard Ling, Chief Consultant of the Social Enterprise Business Centre of the Hong Kong Council of Social Service; and Grace Hui, Head of Green and Sustainable Finance at Hong Kong Exchanges and Clearing Limited. They provided encouragement, suggestions on improvement and even resources available to help realise the prototypes.